There was once a man that was very unhappy. I know, being a vampire; I could feel his unhappiness from a thousand miles away. Quite literally the man was begging for death.

Being a death merchant, I knew that my product was just perfect for him. It’s a very special coffin. After having lived for several hundred thousand years, there are many problems I’ve been able to solve.

One dark December night I pull my hearse up to his house. Telepathically I call him to come outside and greet me. With his weakened will power and his desire to die, he came running to greet me.

“Hello stranger, can I help you?” he called out walking down the steps of his house. Looking at him, I feel pity; no one should have to live that miserable and unhappy.

“There is something that you may benefit from. Would you like me to make you an offer?” I say to him as pleasantly and smoothly as a vampire that has just fed.

“Well, hmm…., I don’t know sir, I’m very unhappy and nothing would really make me happy.” the man making poor excuses that sound as human as tv and chicken soup.

Then pulling the handle on the back door to the hearse and about ten minutes to explain what it does, the man said, “Where do I sign up for this?”

Taking a contract out of my briefcase, I have the man sign in two places and initial in five spots. Then I Help him carry the coffin inside his apartment, and since no one is home with him, I explain to him how it works and set it up for him.

While I refuse to shake his hand upon leaving the premises, I smile with a wry knowing smile that there is going to be another satisfied customer.

Me, I drive to the bank and have the mans assets transferred to my account, in Denmark. No doubt the human could hardly wait to try the product out and no longer needs his goods.

With that done I return to my estate, and wait to read the paper the next night.

At dusk the next day, I get the paper and look through it. Wouldn’t have found it on the front page. No what i was looking for was in the obituaries.

Seems the house the human lived in they found a coffin with the skeleton of a thousand year old dead man inside.

How The Coffin Works

Let me explain how my product works. This coffin, has a door that once a human has climbed inside and latched the lock from inside, it triggers a button. Now the button causes a chain reaction which causes a total of a thousand years to pass inside the coffin while just mere moments pass outside the coffin.

The man felt no pain, much less pain than he was in while living that miserable life. And now, he’s dead. After having transferred his property into my estate, I liquidate his belongings and pocket his bank account.

And of course make recovery of the coffin, as other customers are waiting and ready; not to mention the fact these kinds of things aren’t to be left floating around town… We wouldn’t want someone innocent to die.

It’s not as much fun as operating cheese danishes, but it gets the job done. 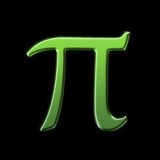